He began studying piano and his choral activity at the age of eight. Eventually, he majored in lyrical singing with excellent grades from the Conservatory Licinio Refice of Frosinone. He continued his postgraduate studies under the guidance of some of the most important figures of the Italian technical and interpretive operatic tradition, such as Nicola Martinucci, Alfredo Zanazzo, Lucetta Bizzi and Alberto Gazale.

In addition to his musical studies he also juxtaposed a degree in telecommunications engineering.

After completing the 2014 Puccini Festival Academy in Torre del Lago, he was selected to engage in that year’s edition of the prestigious Festival as Rinuccio in “Gianni Schicchi”, joining the cast of “Il Trittico” with artists such as Amarilli Nizza and Alberto Mastromarino, under the conduction of Maestro Bruno Nicoli.

In 2013, after competing in the “As.Li.Co. Singing Contest”, he obtained the role of Erik/Steuermann in Wagner’s “Der Fliegende Holländer”. This led him to debut this role in some of the most important Italian theaters (e.g.: Teatro Regio of Turin, Arcimboldi in Milan, Teatro Sociale di Como, Teatro Ponchielli in Cremona, Teatro Comunale in Bologna) and in Magdeburg Opernhaus in Germany during the bicentenary commemoration of Wagner.

In 2013, he was selected to be part of the artistic cast of the “Luciano Pavarotti Foundation”, an idea which was originally envisioned by the famous Tenor and later on materialized by Dr. Nicoletta Mantovani to promote the artistic career of the most talented emerging singers on the international scene. On behalf of this foundation, he has performed in several events including the opening night of the 2013 season of the Arena di Verona, two prestigious concerts at the Bolshoj Theatre in Moscow and the Ruben Dario Theater in Managua, Nicaragua, to celebrate the great Maestro Pavarotti.

He has debuted leading roles like Rodolfo in “La Bohème” for the 155th anniversary of the passing of Puccini for the Puccini Festival and later on at the Teatro Ariston in Sanremo. In the same role, he was the cover for Fabio Armiliato in 60th Puccini Festival and Vittorio Grigolo at Pompei Opera Festival in the same role. In 2014, he also debuted the roles of Pinkerton in “Madama Butterfly” and Don Carlo in the Verdi’s homonymous opera. In 2015, he performs as Tamino in “Die Zauberflöte” at the Muscat Opera House. In 2016, Don Basilio-Curzio in “Le nozze di Figaro” at Teatro Regio of Parma and Teatro Valli in Reggio Emilia, Goffredo in “Rinaldo” at Seoul Arts Center, Pang in Puccini’s “Turandot” and Calaf in Busoni’s Turandot at the Puccini Festival Foundation. One of the most interesting works of 2017 he’s engaged in is “Ettore Majorana, cronache di infinite scomparse” composed by Roberto Vetrano, a suggestive contemporary ópera edited by Ricordi, as primo tenore.

Among the most interesting performances of 2019 is the role of Pinkerton in “Madama Butterfly” at Haifa Auditorium, one of Israel’s most prestigious music environments. Another performance worth mentioning is his debut as the absolute protagonist in the contemporary opera “Tredici Secondi”, produced by Biennale Musica in the context of Biennale di Venezia 2019.

2021 sees him co-star in the opera “Alice” by Matteo Franceschini on stage at the Theater Comunale of Bolzano. Among other commitments, the most important ones of the roles of Don José in Bizet’s “Carmen”, Turiddu in “Cavalleria Rusticana” on stage at the “Taranto Opera Festival” and of Rodolfo in Puccini’s “Bohème” at the Haifa Auditorium for a production by “Haifa Simphony Orchestra Foundation “. 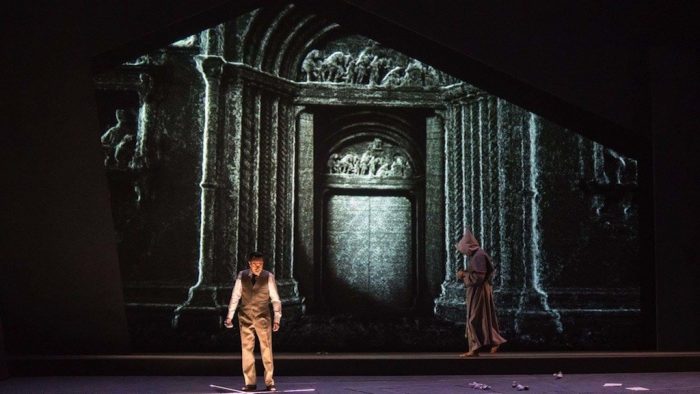